Short is Profound as long is Understanding.

November 11 is the day traditionally those countries  and their people involved in two world wars honour those who paid a high price even the ultimate price in the fight for freedom from tyranny and destruction.

In order to win the battle, you must know what you are fighting for!

Pictures on the television of bombed-out towns in Syria re-ignite memories of war time devastation experienced in Europe during and after the II World War for the fight to stop an evil regime.

That regime was built on beliefs that had little respect for life, decency, other peoples beliefs, religions or ways of peaceful and honourable life.

It believed in one master race and inhuman and fundamentally unnatural methods to propagate itself to develop and maintain a distortion against the laws of nature.

Buddha believed life is a profound struggle by which humanity grows slowly and painfully. His teachings were that the only way to overcome the struggle is to find your unique reason to play out your destined role in peaceful creative harmony. Any other way will always resolve itself by decay, which is the undeniable law of nature and the universe. 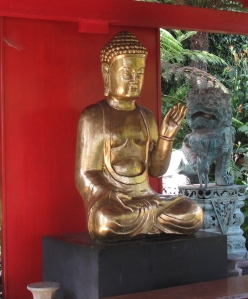 Once more the world sees itself in a fundamental struggle against an evil that like the last world war is born out of diabolical distortions.

Let us remember today and everyday those who paid and will pay the high price to restore peace, respect and at least a harmony that more or less works for the majority. And most of all let us reflect on the price we pay for our own stubbornness.

Any type or form of war or battle is a troubling place to be, which causes disharmony and high stress.

The Ancient Greek aphorism “know thyself” has been largely attributed to Socrates as he used it widely in his philosophical discussions to explain the psychology of human behaviour. 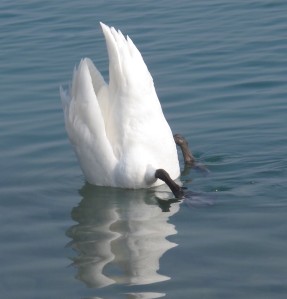 Socrates is attributed to have said, “to know the universe first know thyself.”

This gem of wisdom is the essence of living the life each of us is meant for.

As a young man I refused to accept the concept of a destiny someone had designed for me. I preferred to believe I was in charge of my own destiny.

Sixty years later I have a somewhat changed attitude to this subject, which has little to do with God or religion. Oh yes certainly I had taken charge of my destiny and what a price I paid for that arrogance.

Yes you have a hand on your destiny path but not on your destiny. This change of mind has come about largely through study of neuroscience genes, genomes, great philosophers, physicists and much self analysis.

The strange thing is; all that mastery of humanity and the universe, boils down to two words. Therefore the art of no struggle, no excessive stress, success, harmony and happiness is in the simple to say but apparently incredibly difficult to achieve “knowing thyself.”

From a young age we struggle to find a purpose, job, career that will bring the best of our aspirations to fruition. There are untold factors that play their part in determining if those dreams come true or not.

Everone is fighting themselves in some way or another but mostly completely unaware of why or for what reason.

Get this crucial phase wrong and the rest of your life story may be more struggle than success and happiness.

We all play a heavy, all too often careless hand on our destinies. The price of consequences is invariably higher than imagined at the time.

That is; should we have given any concerted conscious thought at all, to the consequences of our choices whether they were arrived at willingly or imposed by another, urgent need or environmental circumstances?

In hind-sight wisdom with an abundance of study of what stress and performance, sciences and philosophy are, also their connection with one another, the results are clear.

I have no doubts that high or overwhelming stress and burnout are the consequences of knee jerk choices on choices. They frequently had to be made in haste because the right choices were not heeded at crucial moments that would have kept you on your destiny path.

Wars force rapid change in creative development and ingenuity. In such troubled times redundancy takes a massive bite out of old comfort zones and forced you to make the impossible happen.

Not knowing ourselves and forcing objectives, against genome designed purpose means we are at war and struggle with ourselves until something breaks.

Socrates and Buddha may not have known about genomes as other wise minds understand today. In this modern understanding we get closer to how to find what we are best suited to or if you like – your destiny path.

Certainly those who have been through burnout and then moved forward into a new and different field of purpose, are those who have made the quantum leap in understanding two things about their life and destiny path. Yes they were forced to. It is a question of do or die.

One; is that destiny is more of an objective than a fixed dictate carved in stone.

The second is; when you fail to read the writing on the wall, hang onto your comfort zone, all-be-it, it can be quite a struggle to stay there. Thus you fail to change direction when the time is right. That is when you head into the raging fires of the massive struggles just to stay alive that pull you down into chaos and burnout.

How do I know this? It is because those who survive the hell of burnout and the experience of letting go of everything they so believed in with over excessive ziel that nearly destroyed them, thus, they understand far more about and finally know themselves far better.

They have found what they are made for. The paradox is there are still struggles ahead and the difference is they are struggles that above all create joy, peace and abundant happiness.

The enduring philosophical questions are; why does humanity and those devoted to a purpose constantly hang onto old redundant comfort zones of struggle and building castles of trouble when things can be so much better?

Why do we need to follow a path of unnecessary struggle and pain when there is a much greater destiny path mapped out for us? It is a path where we will grow faster, evolve better and achieve far more with fewer mistakes or struggle.

The answer as good as it gets; First, we all have a duty to ourselves to accept responsibility for our own actions. This means our first and greatest action should be to find the best philosophical mentor we can, to guide us on our challenging journey to find what destiny has created us for.

Neuro-fault Protection training and coaching provide the quality mentorship and training based on a depth of experience to keep you well away from the stresses that can so easily stunt your development or even bring your life dreams, career and projects tumbling down.

Your mind can work for you IN A FAR BETTER WAY. It is all in Robert P. Denton’s new book, High Performance After Burnout – Fix the stress before the damage is done. A layman’s guide to how and why you think the way you do.

It explains a different way of using your brain so you really can follow your destiny path and be in tune with your own energy, Thus you get  more of what you really want without the struggle and stress.

For more information on a new approach to preventing stress cycles contact:    neurofaultprotection@gmail.com

This site uses Akismet to reduce spam. Learn how your comment data is processed.